I enjoy hiking for the mix of natural beauty, physical challenge, and the fellowship of dear friends.  I was lucky enough to have all three components this weekend as I completed the New England 67 (NE67) and the Northeast 111.  Read on for the full story and check out the photos! 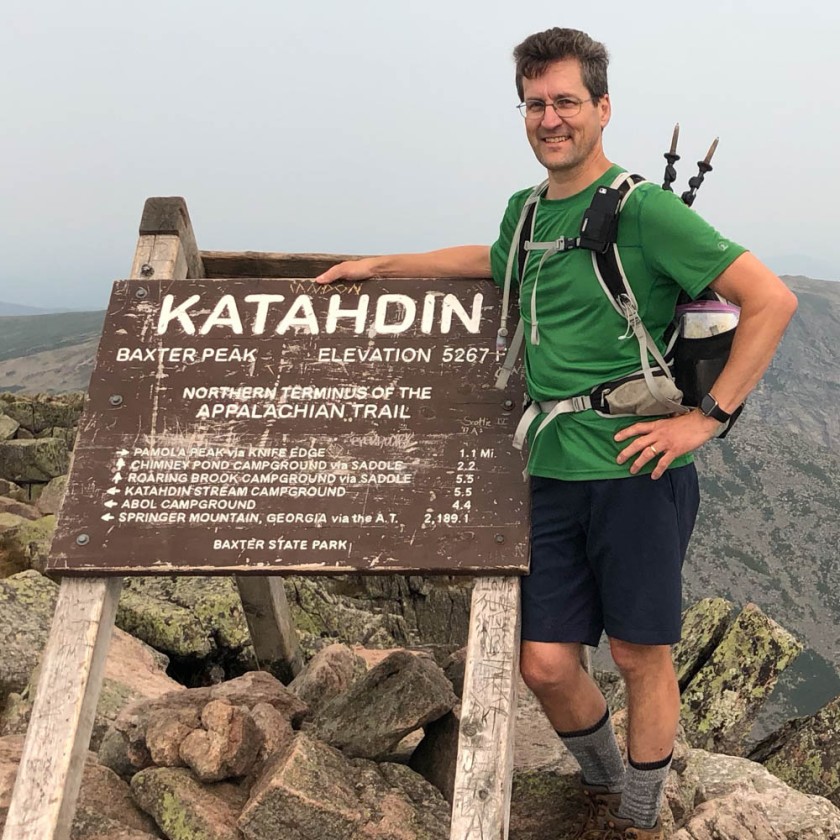 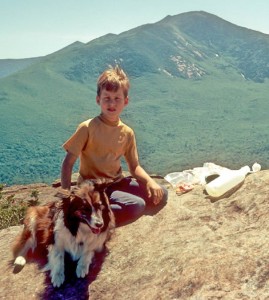 I’ve been hiking the mountains of the northeast since I was seven years old, when I climbed the 4,161′ Phelps Mountain in the Adirondacks.  During the hike, my father explained that there are forty-six mountains in the Adirondacks over four-thousand feet in elevation, and that some people have climbed them all.  Wow! I was enthralled. My dad and I managed to ‘bag’ quite a few more ‘forty-sixer‘ peaks in the next few years; as it happened, completion of this goal would need to wait another 45 years.

When I started college at Dartmouth my attention shifted east to the White Mountains of New Hampshire – which has its own list of 48 peaks over 4,000′ elevation.  Over a span of 14 years I completed the NH48 in the summer of 1996, on Wildcat Mountain, joined by my friends David, Kathy, and Ed.  I then became busy with work and family, and another 16 years passed.

I finally bagged the last of five Vermont 4000-foot peaks in 2012, and finished the Adirondack 46 on Mount Whiteface, joined by my father, in August 2017.  I realized, then, that there were only fourteen 4000-foot peaks left in the northeast, all of them in Maine.  To climb all the Maine peaks would allow me to simultaneously complete the New England 67 (NE67) and the Northeast 111 (aka Northeast 115).  One mountain (Old Speck) I’d climbed back in December 1987.  Last fall, soon after finishing the ADK46, I climbed the two Bigelow peaks in western Maine.  Last month, Andy and I nabbed the eight peaks of the Saddleback-Sugarloaf Range nearby.  That left only three: all in Baxter State Park, much farther to the north and east.

So, on spotting a window of good weather this weekend, my friend Jon and I drove six hours to Millinocket, Maine, the gateway to Baxter State Park.  On the way we discovered, much to my chagrin, that the park limits access to the three Katahdin trailheads – and that all spots were already reserved!  We explored various alternatives – including a thru-hiker shuttle, local taxi services, and hitchhiking with those who had reserved parking permits – but had no luck.  We decided to get up at 4:30am so we could reach the park gate at 6am and hope there were some no-shows.

The next morning we were at the door when the Appalachian Trail Café opened at 5am (outstanding place, btw), ate a hearty breakfast, and reached the gate shortly after 6am.  A long line of cars was already there, and we slowly inched forward.  At the gate I smiled at the ranger, explained our predicament, and asked whether we could go to Roaring Brook trailhead today.  Please?  She said “all you need is a little luck.”  She gazed back down at the line of cars, considered for a moment, and smiled.  She gave us a permit, and we were off to Roaring Brook!

The trailhead was bustling with eager hikers when we arrived around 6:45am. We were on the trail by 7:15am, amidst a large stream of hikers heading for Chimney Pond.  We pushed faster to get ahead of the crowd.  Once we turned off to the Hamlin Ridge trail, the trail steepened and the hikers thinned out.  We soon broke out above treeline, with expansive views of the North Basin to the right and the South Basin to the left.  Our plan was a huge counter-clockwise loop around the south basin, over the peaks of Hamlin, Baxter, South, Chimney, and Pamola, including the infamous Knife Edge. 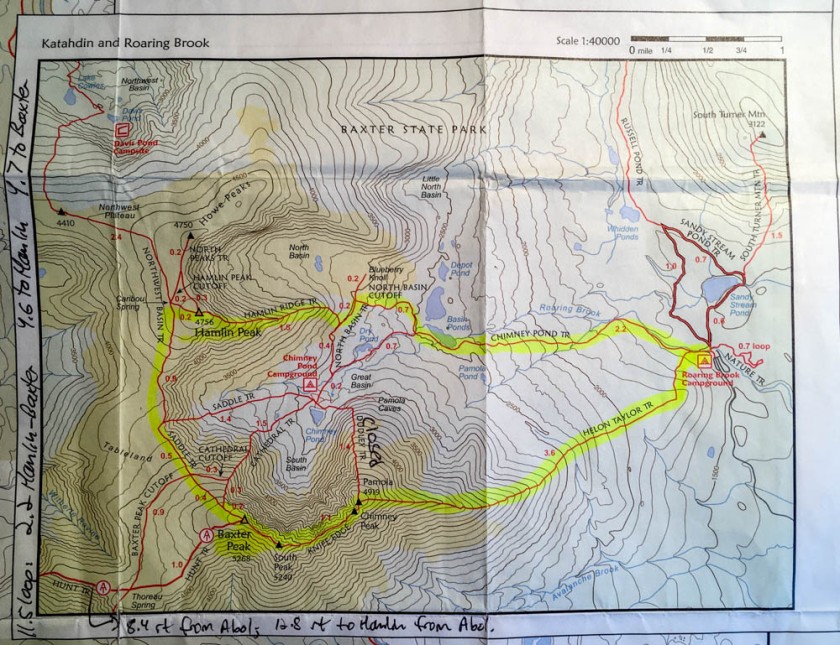 As the sun rose in the sky we expected the morning haze to dissipate… instead, the sun remained an unnatural orange color, and the sky a pale grey, all day – despite there being no clouds.  We later learned that Maine was covered in high-altitude smoke from the west-coast wildfires!  No decent photography today, I’m afraid.

Mount Katahdin is actually an extensive area of tableland topped by a jagged ridgeline, with several named peaks: Pamola, Chimney, South, Baxter, Hamlin, and North.  Baxter Peak is the highest peak, and is the northern terminus of the Appalachian Trail.  Baxter and Hamlin meet the criteria for a 4000-footer, so those were our peak-bagging goals for the day.  Baxter is connected to Pamola by the notorious Knife Edge ridgeline, and I was eager to experience that thrilling route.  It also made a wonderful 11.5-mile loop from the trailhead.

We reached Hamlin Peak before 10am, and enjoyed the view briefly before turning our attention south toward the main peak. We descended to the Saddle, glancing over the edge down into the South Basin and its beautiful Chimney Pond, marveling at the steep route from there up the Saddle Slide.  I’m glad we came up over Hamlin!  The more common route, up the Saddle trail, looked ferociously steep.

Here the crowds resumed as we slogged up the broad summit cone of Baxter Peak.  We could see hikers converging from the Hunt Trail and the Appalachian Trail to our right. At the summit (see my photo at top) was a cheerful crowd of hikers, especially a lovely couple who were celebrating their completion of the 2,100-mile Appalachian Trail.  We ate our lunch and pondered the jagged ridgeline to the South Peak and along the Knife Edge to Pamola.  Could it really be as scary as many have described it to be?  Certainly, the cliff walls are sheer and steep.  Although we’d already reached our high point for the day, the toughest part of our hike lay ahead.

We left the summit a little before noon and scrambled along the rough, rocky trail to South Peak.  Certainly not scary here.  Descending from South Peak, though, the ridgeline became ever narrower.  The trail stuck right to the top of the ridge, over every boulder and outcrop.  Up.  Down.  Up. Down.  On one extremely narrow section, I scrambled on all fours, with an uncomfortable amount of exposure on both sides.  The views were spectacular, however.

We soon reached Chimney Peak and looked across the chasm between it and Pamola.  Close enough to touch, it seemed… but a huge challenge to descend into the gap, then back up the other side.

Whew!  Here we were, having circumnavigated the entire cirque.  We paused to review the loop, an impressive opportunity in which one can see the entire day’s hike from one vantage point.

Then down, down, down the long exposed ridge from Pamola to the valley, including some steep bouldery sections.  After a brief trip in the woods, we rejoined our original trail only 0.1 mile from the trailhead.  Nice loop!  A few yards further, we found an outstanding swimming hole in Roaring Brook and enjoyed a refreshing dip to wash away the day’s sweat and stiff muscles. 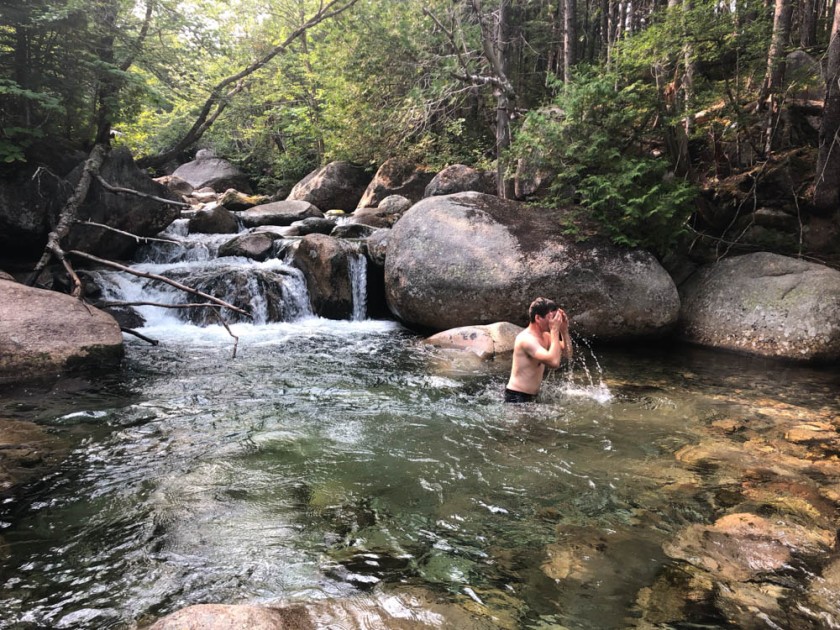 Out by 3:30pm, we had walked 11.5miles (according to the map; GPS tracks say 10.0 miles) with total elevation gain of 4,670′.  Check out the fly-over video! Tired and sore, we headed for town for a shower and a hearty dinner and looked forward to the next day’s hike (below).

The third 4000′ peak in Baxter State Park is North Brother.  My original intent was to climb this on Friday, then Hamlin and Baxter on Saturday, thinking that it would be symbolically exciting to finish my NE111 on the highest peak in Maine, the northern terminus of the A.T., Mount Katahdin.  But, when we managed to get that parking permit on Friday, that plan changed.  In retrospect, I think it’s better we saved the shorter/easier hike for the second day – which also allowed us to head home that same afternoon.

We rose early again, and went back to the Appalachian Trail Café for breakfast.  Such a friendly place!  We chatted with a middle-aged couple from Mississippi who had just finished their seven-year section-hike of the A.T. the day before.  (Congratulations!)  We watched as they signed the ceiling tile – which seems to be a café tradition, judging by the many tiles covered with trail names of hundreds of passing hikers.

We were the first to reach the trailhead parking for North Brother and hit the trail at 8am.  (Surprisingly quiet for a Saturday in late summer!)  This trail was clearly less well-traveled than those on Katahdin, but quite pleasant.  Yesterday’s smoky haze seemed to be gone, only to be replaced by today’s humidity haze.  Stiff and somewhat sore from the day before, we slogged up the three steep sections of this 4.5-mile 3,000′ ascent, summiting around 10:30am.  Nobody else on the summit.  Great views of Katahdin, but too hazy to enjoy.  I flew my kite to celebrate this milestone: completing the New England 67 (NE67) and the Northeast 111 (aka Northeast 115).  Exciting!

After retracing our steps to the trailhead, gingerly descending in recognition of our stiff and sore knees, we drove the dusty Tote Road back out of the park and stopped at a roadside picnic/beach area for a swim in the lake.  Refreshed, and with clean clothes, we headed back through Millinocket for another fine meal at the Scoodic In restaurant.  I stuffed myself with a Maine Lobster roll, and we hit the road for the 6-hour trip homeward.

What’s next?  who knows.  I’d like to return to some favorite peaks, and explore some less well-traveled places. Or maybe start another list…

You cannot stay on the summit forever; you have to come down again. So why bother in the first place? Just this: What is above knows what is below, but what is below does not know what is above. One climbs, one sees. One descends, one sees no longer, but one has seen. There is an art of conducting oneself in the lower regions by the memory of what one saw higher up. When one can no longer see, one can at least still know. – Rene Daumal