A hike along the entire length of the ridgeline on the western shore of Zürichsee.

From the windows of our flat we look across central Zürich to the steep slopes of Uetliberg, with its summit hotel, restaurant, and observation tower; the map below is very nearly that same view.  I’ve visited there many times for the sunset view, and once for a walk with Andy south along its ridgeline as far as Felsenegg.  But I’ve longed to walk the entire ridge, and today seemed to be the day: I walked from Ringlikon at right to Sihlbrugg at the left edge of the map below.  It’s much longer than it looks! Read on and check out the gallery.

It’s Saturday and I was out reasonably early – catching an empty 8:25 train to Ringlikon.  It was sunny but still quite chilly, and there were few others out walking or biking. I scooted past the familiar terrain around the Uetliberg summit and southward along Planetenweg – a gravel path with periodic markers indicating Mercury, Venus, Earth, Mars, … in their relative distance to the “Sun” at the Uetliberg train station.  This gravel road follows the ridgeline, connecting the few farms and hilltop restaurants, and is popular with bikers and walkers year-round.  Today it was virtually empty, thanks to COVID-19. Sadly, for the same reason, its hilltop restaurants and lookout towers were all closed.

Soon I passed the Felsenegg gondola station – where Andy and I finished our walk five months ago – and entered terra incognito.  The trail winds through the woods, sometimes a gravel path, sometimes a simple dirt trail.  Occasionally it pops out at the edge of a meadow – the western slopes are gentle and largely home to dairy farms – or at the edge of an overlook – the eastern slopes are steep forestland, conserved and managed for timber.  If it wasn’t so darn hazy today I’d have had fantastic views of the Alps at each of these peek points. 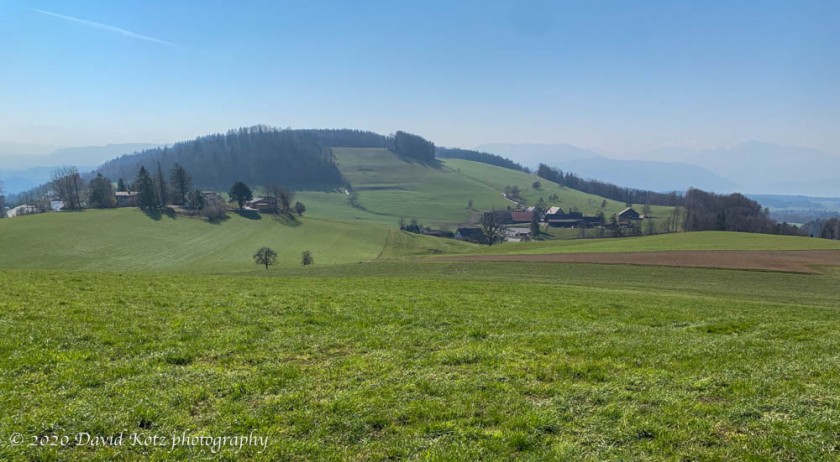 It snowed here earlier in the week; other than for a few tiny patches of snow nestled into the shadows, you’d never know it. Spring is arriving slowly here, with the trees still bare and the meadows just beginning to turn green.  A group of cows studied me carefully as I passed, each of them practicing careful social distancing while they grazed on the fresh grass. 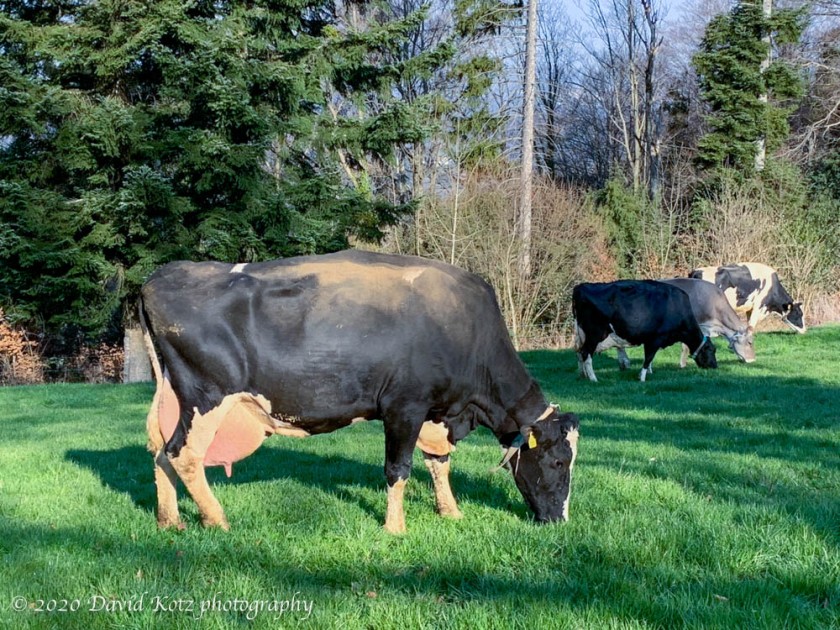 I encountered one road-crossing on the entire journey, at Albispass.  In its tiny village, a man and two children were out to walk their ponies. 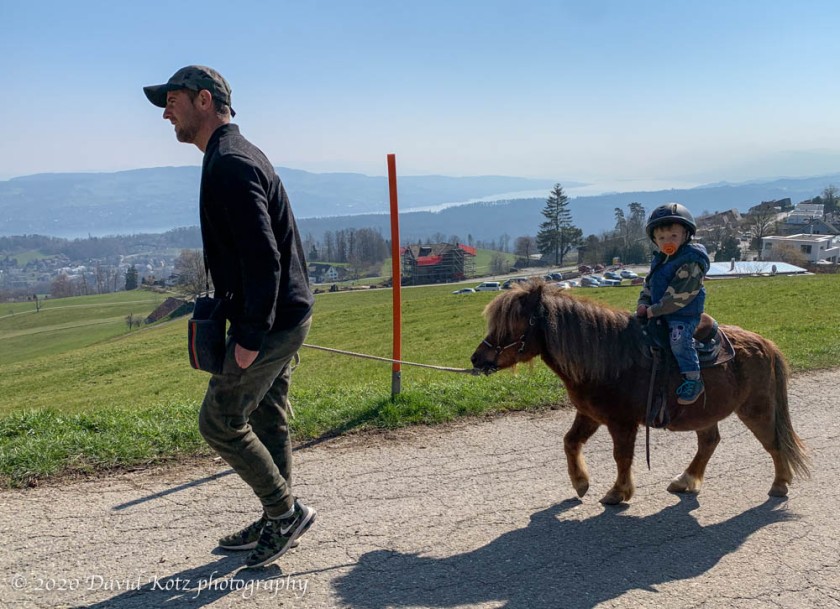 I topped the steep but tiny hilltop of Schnabelburg, with the foundations of a 13c-14c fortified estate, and the sunny hilltop of Albishorn, with a restaurant (nur take-away, bitte), before beginning my descent at the end of the ridgeline.  Soon the trail squeezed between a farmhouse and barn, where I nodded at the homeowner as she dug postholes while a concrete mixer whirred nearby.  Here, at this slightly lower elevation, more flowers began to appear.

Soon I crossed the great river Sihl and found the bus stop among the car dealerships of Sihlbrugg village.  After a (nearly) empty bus ride and a (totally) empty train ride, I was back in Zürich – tired but glad to have spent another sunny day in the natural areas outside the city.

Check out the gallery for more photos.

Postscript: The next morning I took the following photo of the ridgeline, with the Alps beyond, from the opposite side of the lake.  (My daily viewpoint, on Zürichberg.)  Still hazy, but you can see the whole ridgeline.

Map from GPX trace, below.