A lovely trip to Budapest and the computer-science study-abroad program at AIT.

Just back from a quick but lovely trip to Budapest, Hungary.   I found it be a delightful and interesting city and hope I have a chance to return someday to explore it in more depth.  The bridges and buildings along the banks of the Danube are a UNSECO world-heritage site, and are particularly striking at night.  Read on, and check out the photo gallery. 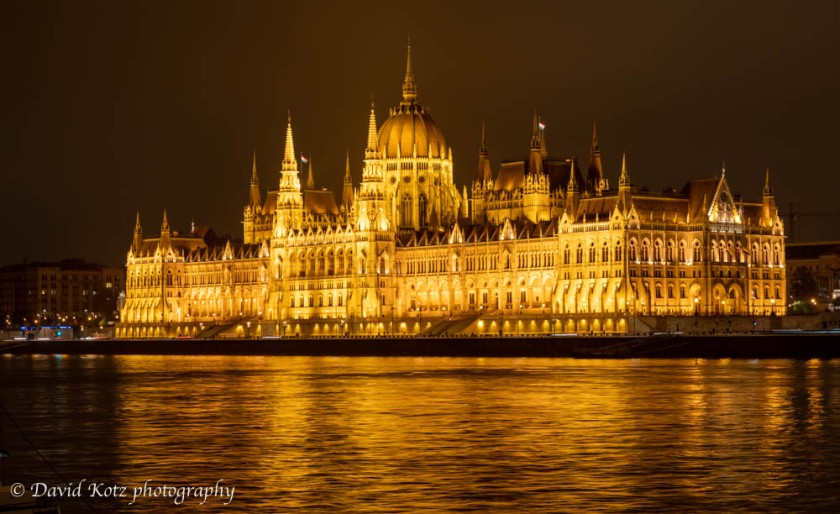 The primary purpose of this trip was to visit AIT, a small school that provides study-abroad opportunities in Computer Science, primarily to students from American colleges and universities.  There are five Dartmouth students enrolled this semester, so I was eager to meet them as well.  Over the course of a day I sat in for portions of five classes, had lunch with the Dartmouth students, and met with the founder, the academic director, and the senior staff.   Overall I found it to be an impressive and interesting operation, serving about 80-90 students from dozens of partner universities every semester.  The staff was kind in setting us up for a tour of the city, a delicious dinner downtown, and in handing me a Rubik’s Cube just in time for an autograph from its inventor, Ernö Rubik – who popped in for one of his occasional visits to meet with students in the Design course he originally founded.

Although Budapest is a quick flight from Zürich, we decided to take the train instead – crossing all of Liechtenstein and Austria, and two little fingers of Germany, then deep into central Hungary.   Although it was a partly-cloudy day, we enjoyed beautiful views of the Alps with their hillsides dusted with new-fallen snow, and pastoral valley towns dotted with cows and cottages.  We arrived in the dark of Saturday evening.

Sunday morning it was drizzly and cold, so we sought out a “ruin café” – a café built in an old building ruined during the war – where we could sample some of the famous hot chocolate.  We found Rengeteg RomKafé, recommended by one of my former students who had attended AIT, tucked into the cellar of an old building.  Visitors are immediately struck by its quirky decor, dominated by hundreds of teddy bears and antique bric-a-brac, the walls packed with old (empty) picture frames. The super-friendly proprietor sits down at your table and interviews each customer to develop a personalized hot-chocolate drink for each person.  So thick, you need a spoon. Yum!

Sunday afternoon it continued raining, but we embarked on a tour of the city with a professional guide (thanks AIT!).  It was a fascinating, if quick, overview of the deep and complex history of this city that dates back before Roman times.   Although I was impressed by the basilica, synagogue, citadel, medieval bastion, hero square, and more… one thing struck squarely in my CS interests: the high school (‘gimnázium’) attended by John von Neumann and other notable mathematicians. He was one of the founders of modern computing, worked on the Manhattan Project with schoolmate Edward Teller, came up with the theory of mutual assured destruction, and much more – not to mention scores of groundbreaking mathematics papers.

Monday was my visit to AIT, followed by dinner at Két Szerecsen with some of its leadership.  We dined on seasonal goose delicacies, the traditional feast food of St. Martin’s day, and drank a toast with local Palinka brandy.  Whew!  As our tour guide noted, that stuff will “help you see the sunny side of life!”

On Tuesday morning I took a loop walk along the Danube – crossing over Margaret bridge and back over Chain bridge, passing the Parliament building.  I came across a fascinating memorial along the banks: permanent iron reproductions of old leather shoes that are surrounded by recent placements of flowers and candles.  It is a very simple but deeply moving reminder of the tens of thousands of Jews murdered in Budapest during WWII – and of genocides that continue to occur elsewhere.  I later learned it is Shoes on the Danube Bank, by sculptor Gyula Pauer.

At lunch on Tuesday I came across a statue of Steve Jobs in the industrial park where AIT is located.  I was dining with Gábor Bojár, the founder of GraphiSoft, a software company he formed while Hungary was still behind the iron curtain. He was a very successful entrepreneur nonetheless – and his product was on the original Macintosh in 1984. They are so grateful to Steve Jobs’ support in the early years of GraphiSoft that they placed this statue of Jobs in their entry courtyard. 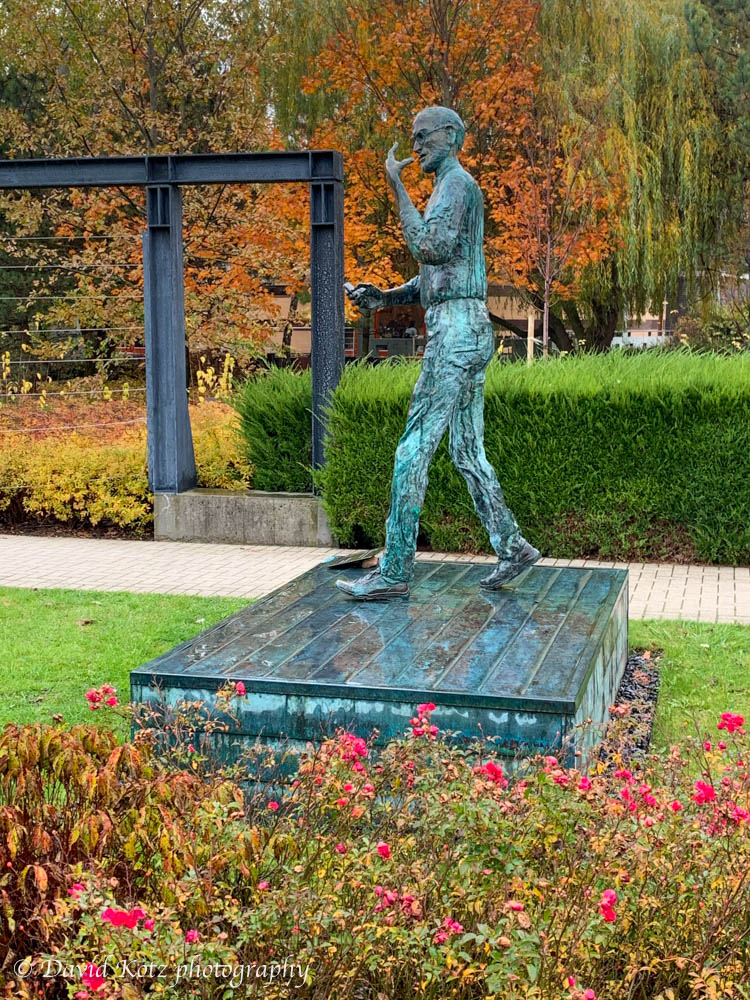 Definitely need to get back to Budapest someday!  Be sure to check out the photo gallery.  Lots more photos there!

One thought on “Budapest”