Recalling a Röthlisberger statue – and the story behind a fountain.

Also, a follow-up to my post about the fountains of Bahnhofstrasse, in which I was unsure about the story behind a fountain with this lovely carving and an inscription in German.

Thanks to Jean Rosston ’77, who has lived in Zürich for decades and recently retired as an art conservator at the city’s major art museum, the Kunsthaus, we realized the carving and inscription refer to a Biblical story:

Genesis 24:17
And the servant ran to meet her, and said, Let me, I pray thee, drink a little water of thy pitcher.
Genesis 24:18
And she said, Drink, my lord: and she hasted, and let down her pitcher upon her hand, and gave him drink.

She estimates that the fountain was made in the later 19th to early 20th C.

The last of the Röthlisberger collection.

The final entry in my series of Röthlisberger statues; this one highlights a diviner. For the complete collection, see these posts and this gallery. 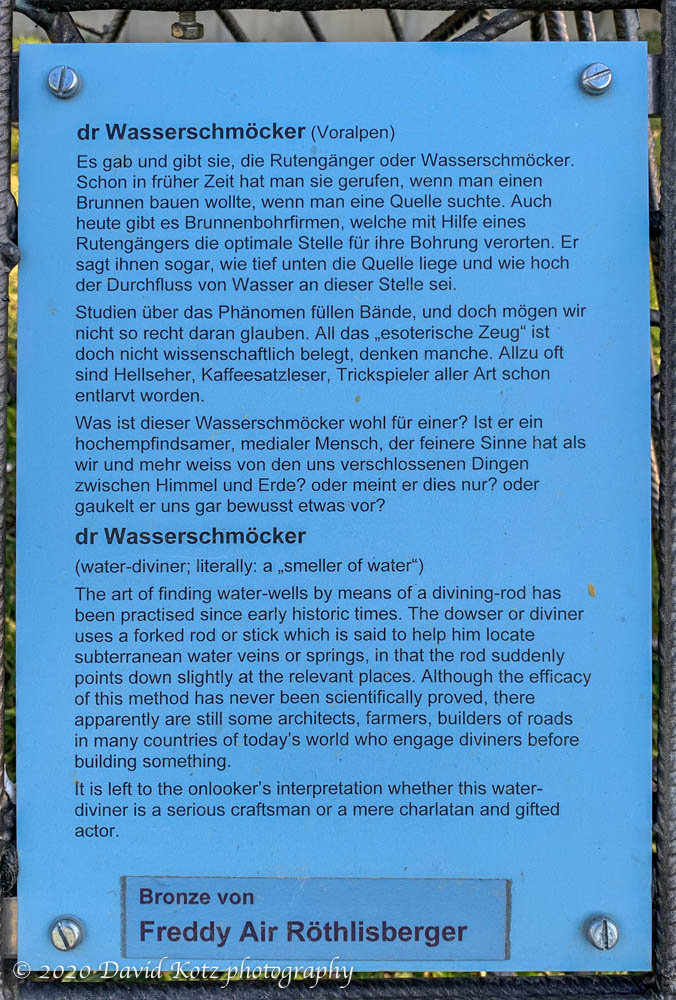 A therapist from old Switzerland.

Andy and I had a wonderful hike today, but it’s late and I don’t have the photos or story ready.  So for today, another Röthlisberger. 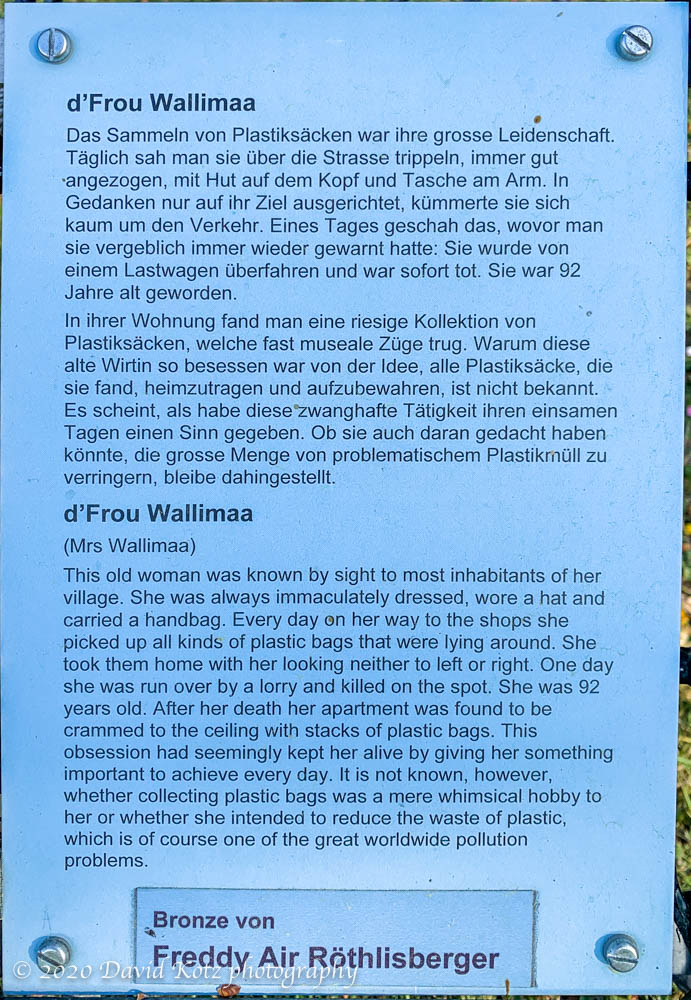 Today, a self-portrait by Röthlisberger, depicting a rather unusual boyhood occupation. 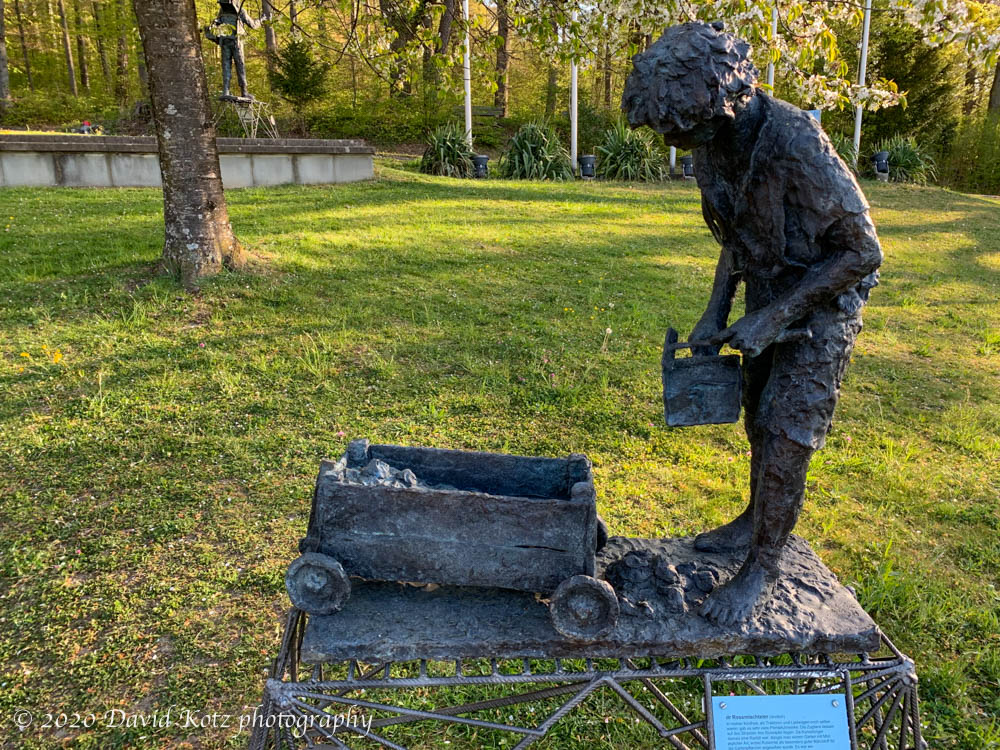 A commissioned piece by Röthlisberger.

Another interesting statue by Röthlisberger, from the installation on Zürichberg. 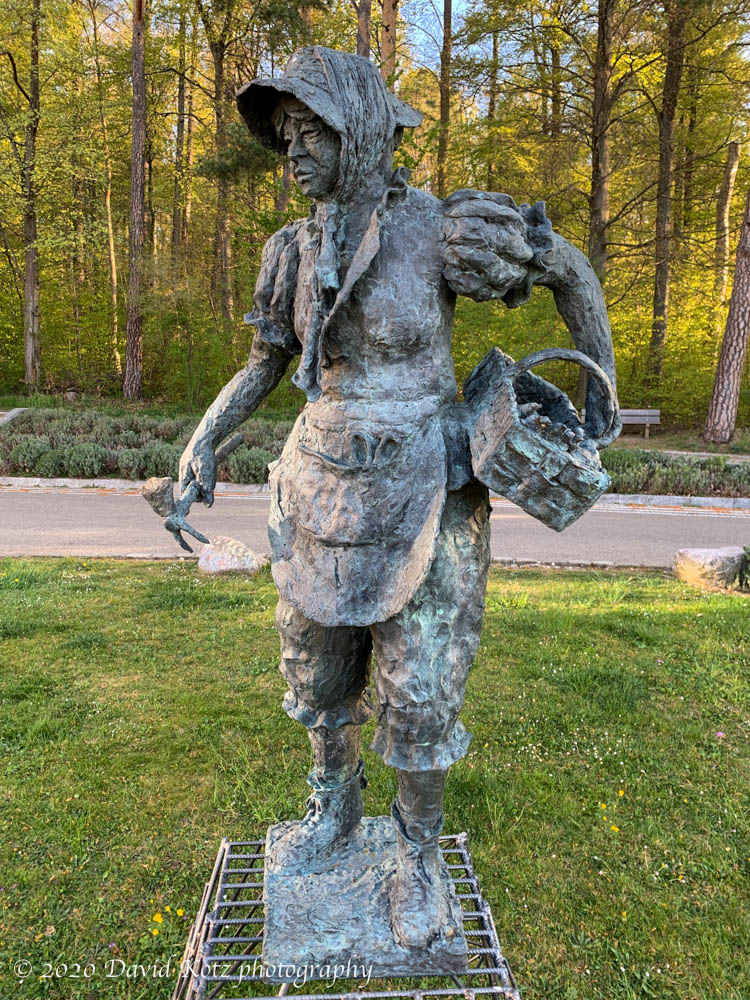 Röthlisberger statue highlighting a former method of making a living.

A delightful Röthlisberger statue, again highlighting a former method of making a living. Here, a girl who sells flowers roadside at the top of Alpine mountain passes – with a view of the Alps in the background. 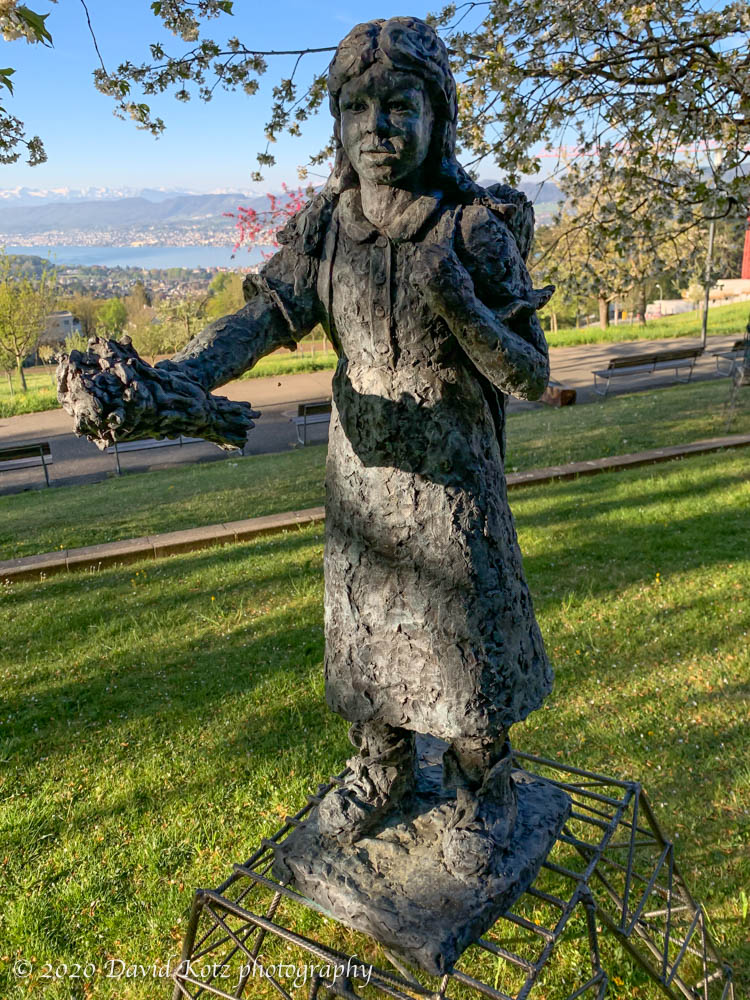 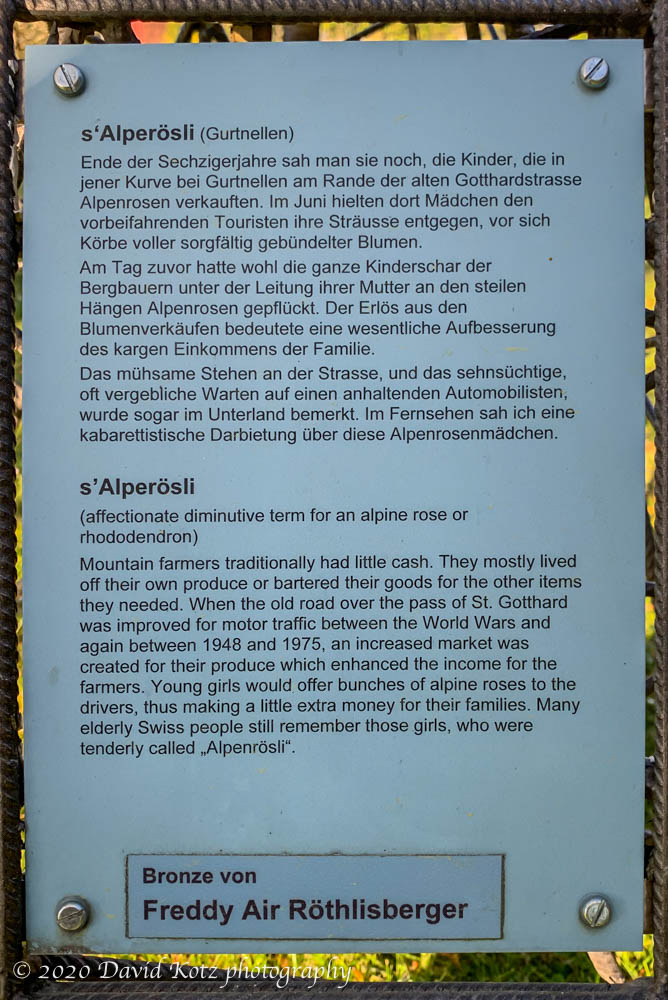 A farmhand pauses to play with his dog.

Another playful entry in the Zürichberg collection of Röthlisberger statues. 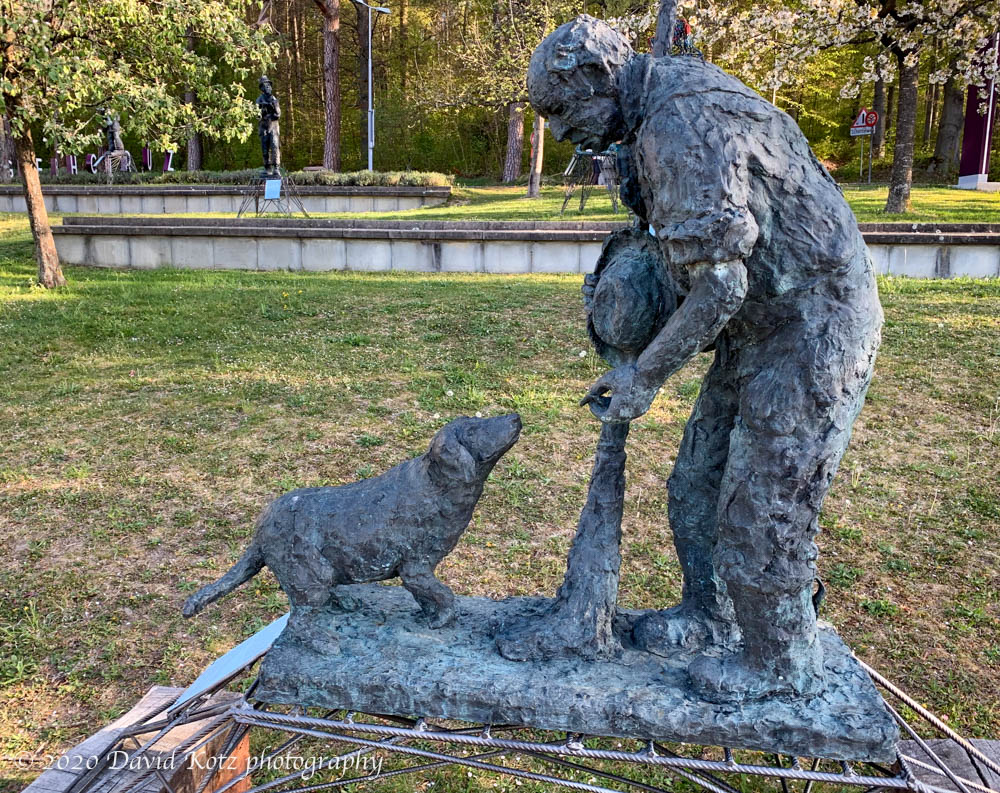 A bronze portrait of the village woman who shredded cabbage – and carried news.

Another in my series of photos of the enchanting Röthlisberger statues on Zürichberg, each of which opens a window into the village life of Switzerland’s past.