On May 11, Switzerland began its second phase of reopening.

Today Switzerland began its second phase of a slow reopening of the country since the stay-home and shops-closed orders took effect on March 16. (Two weeks ago they reopened barbershops, salons, and gyms.)   Rail services have resumed their full schedule.  The official site says “Classroom teaching at primary and lower secondary schools will again be permitted. Shops, markets, museums, libraries and restaurants will be able to reopen under strict compliance with precautionary measures.”  Indeed I could sense the change immediately during my morning walk through the neighborhoods above me.  Children were again on their way to school – which I had always enjoyed seeing in months past… though today I saw most of them accompanied by protective parent(s).  Not everyone is happy; read on.

Not everyone is happy about schools reopening.  Swiss authorities have indicated they may fine parents whose children do not return to school, and yet there are (not surprisingly) parents who fear sending their children to school.  I passed one couple as they exited their front gate with two small children, the mother muttering, “I am not happy.”

This afternoon I took a quick stroll down Bahnhofstrasse, the main shopping street, on my way for two essential food items: Swiss bier from the Coop, and Swiss chocolate from the (just re-opened) Läderach chocolatier. 🙂 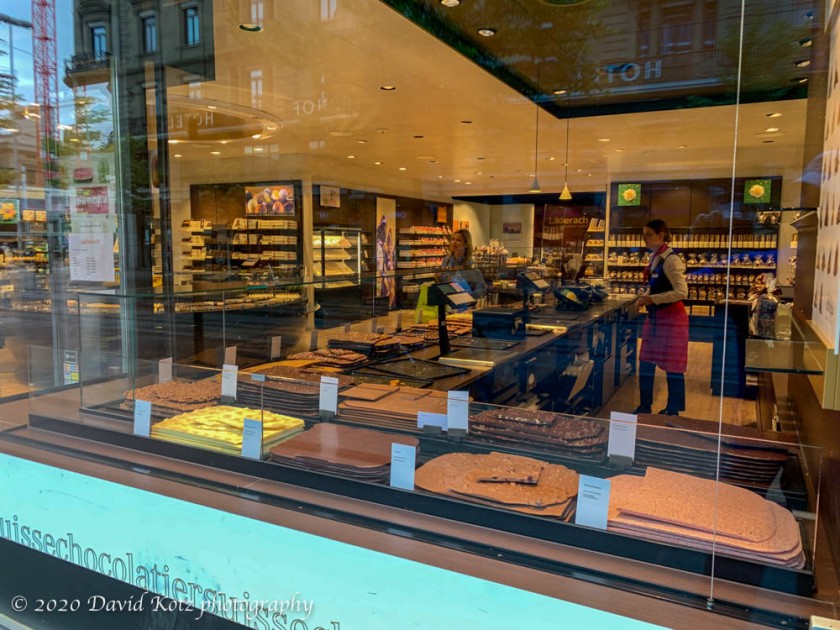 Most of the other shops were open, for the first time in two months, and there were indeed shoppers out to take advantage of the discounts and sales underway. 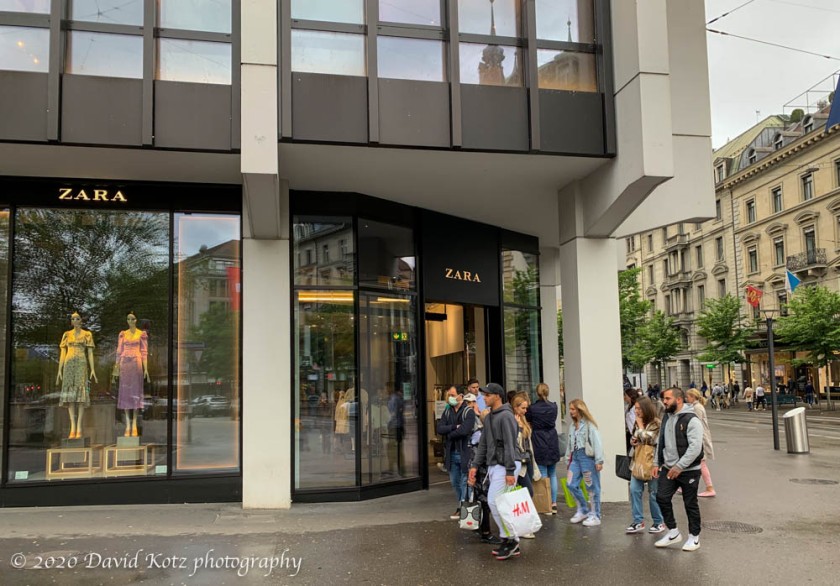 Not everyone agrees now is a good time to reopen.   I saw only a handful of people sitting in outdoor café tables, but it is a somewhat drizzly day.  It remains to be seen whether people will rush to dine out again, or fearfully continue to eat at home.  So far I’ve braved a quick visit to Starbucks for my (formerly daily) dose of chai latte.

Switzerland has, in my opinion, handled the situation reasonably well.  Despite having a high rate of confirmed cases per capita (at this writing, the stats indicate 30,344 confirmed cases, 1,543 deaths, in a nation with only 8,570,146 people (30 June 2019 est.)), these numbers reflect a high rate of testing and a high rate of infection in the southern canton of Ticino, which shares a border (and many commuters) with the hard-hit region of northern Italy.  I monitor the graphs from the New York Times, like this one plotting new confirmed cases:

In March, the Swiss Federation coordinated a nationwide response, closing schools in early March and closing most shops and other services on March 16.  Although any group of more than five was not permitted, people have been free to go out for a walk or a run, as long as they take care with social distancing.  Masks are not required, though are now recommended for use on public transport or in places where social distance is difficult.   I’m seeing more people wearing them, and will need to find a source to buy some for us, soon. 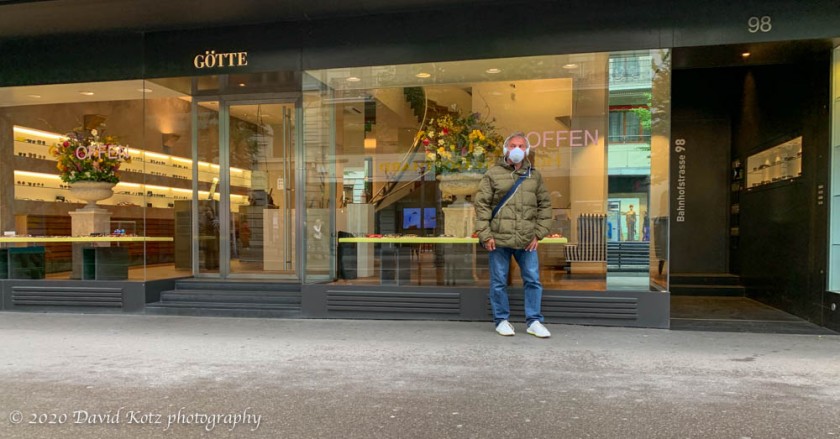 Today is just the second step in a cautious, coordinated re-opening process.  Upper schools may re-open on June 8, though Andy’s school year will be finished by then.  My university (ETH) is slowly allowing some lab-based researchers to return to work, under strict protocols.   Nationally, testing and tracing is an important part of the plan, and some of my ETH/EPFL colleagues are behind the preparation of DP-3T, a contact-tracing app with strong privacy protections, which will hopefully roll out later this month.  It has attracted a lot of support, with many defecting from the other major European effort.  I look forward to using the app, and have confidence in my colleagues’ efforts.

We’ll see how this all evolves.  See a few more photos in the gallery.