We docked in Itea for a visit to ancient Delphi, the site of the major Greek oracle.

We docked early this morning in the small port town of Itea, for a morning visit to the ancient oracle of Delphi. Will the weather on our trip continue to be this amazing?  Maybe we can find the answer here!  Read on and check out the photo gallery.

Legend has it that a small girl discovered a hole in this rocky hillside, from which emanated strange gases.  She returned to her village, speaking erratically, at the moment a temblor struck their village.  This gaseous hole may indeed have existed; modern “scientists say that hydrocarbon gases from bituminous limestone probably brought on the Pythia’s trance” [Scientific American].

The villagers believed she had the ability to forecast the future.  As this belief spread, the site became an oracle, where a priest (or priestess) would receive visitors and answer their queries. (An oracle is a place, not the person.) The Greeks built an impressive temple to Apollo, a theater, and a stadium.  Various cities built ever-more lavish treasuries in which to store the gifts their citizens bring to the gods; the treasury of Athens is largely intact and built of solid blocks of marble.

“The ancient Greeks considered the centre of the world to be in Delphi, marked by the stone monument known as the omphalos (navel).” [Wikipedia]

I was impressed by an ancient retaining wall, built with sturdy stones fit in polygonal fashion, that contains 300,000 tiny inscriptions from visitors – many from former slaves thanking the gods for their freedom.

The neighboring museum exhibited many of the sculptures and buried statuary found when the site was excavated; many of them telling mythic stories about the gods and their exploits. 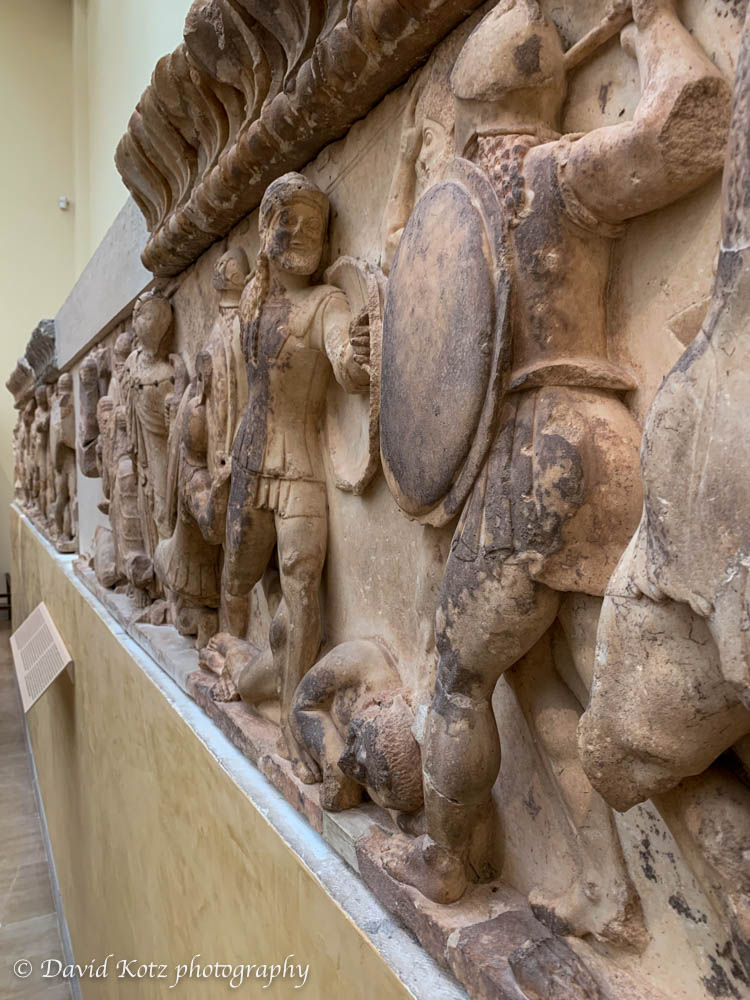 Check out the photo gallery for more.