A quick visit to the ancient Greek city of Siracusa (Syracuse) in Sicily.

After a calm overnight cruise from Malta to Sicily, we arrived just before sunrise in the port of Catania, with the aim of spending the morning visiting Siracusa (Syracuse), the modern capital city of Sicily and the site of ancient Greek and Roman cities.  It was colonized by Greeks in 734 BC, and “for some time stood as the most powerful Greek city anywhere in the Mediterranean.” Read on and check out the photo gallery.

We docked in the industrial town of Catania, a bustling cargo and fishing port, and hopped on buses to visit the ancient ruins of Siracusa.  Our local guide, self-described as “very Italian”, rambled on colorfully about the local culture and scenery, quick to digress on any topic of query by a visitor.  But he was steeped in historical detail about the region, and helped us to explore the ancient limestone mines the Greeks used to extract blocks of limestone for constructing the city.  An earthquake in 1542 caused the mine to collapse, and much of the city above it, so there is little left to be seen today. 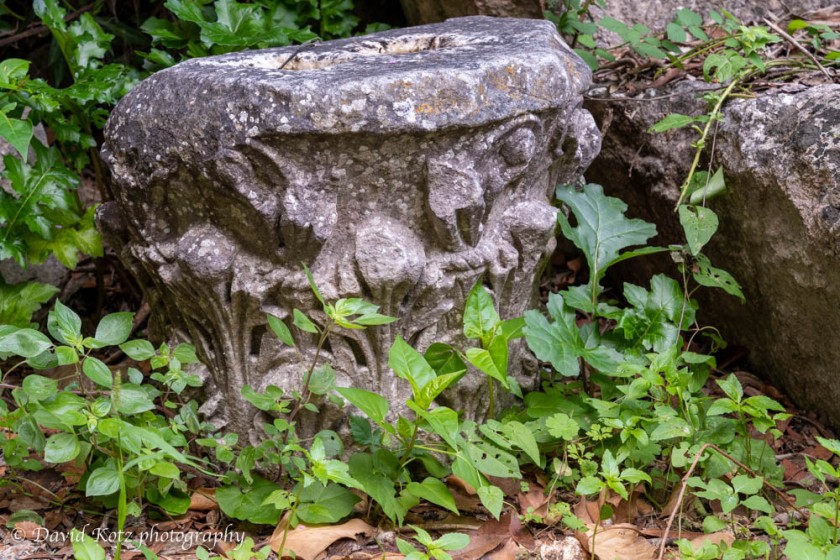 In one remaining portion of the quarry wall was a huge cave, the “Ear of Dionysius”, hollowed out by the Greeks and smoothed by the passage of water over time, which forms a wonderful echo chamber.  We were fortunate to be accompanied by one of musicians from the ship’s crew, specifically the singer, and she sang a brief but beautiful piece that filled the space with resounding music.

The cave connects to the neighboring theater, carved by the Greeks out of the limestone substrate – a theater that remains largely intact today and seats 15,000 people.  For over 500 years Siracusa was a thriving outpost of Greek civilization; Archimedes was born here, but was unfortunately killed during the Roman conquest of the city in 212 BC.  We also visited the Roman amphitheater, built next to the Greek theater, though it is sadly in poor shape.  Below, the Greek theater.

Running low on time, we raced through the museum of archaeology, otherwise impressive, before hopping back on the buses to return to Catania.  As we rolled along the seaside highway, passing the numerous oil refineries that form a major portion of the economy in this region, we caught some hazy glimpses of the great volcano, Mount Etna, above the clouds.

When the other guests lined up to board the ship (and tap in using their ship-issued RFID cards to record their arrival on the ship), I turned around and walked into Catania for a little exploration.  This city, or at least this part of the city, is clearly struggling – dingy, worn out, covered in graffiti – yet the streets were lively with families out for a stroll, old men sitting in a cafe beside the town square, little children learning to ride their tricycle, teenagers looking forward to their Saturday evening, and restauranteurs setting tables with white tablecloths in anticipation of tourists and locals alike.

I walked back toward the ship, passing a group of men fishing along the pier. I asked another man nearby to show me his catch – a bucket of small whelks, of the sort I’d recently seen on a buffet.  Fascinating.  The sun was sinking, though, so I left the men to catch their dinner and climbed the gang-plank back to the ship.  We were scheduled to cruise overnight to Naxos, and visit the hillside town of Taormina, the next morning.

Check out the full photo gallery.

One thought on “Siracusa”