A curious statue of Zwingli.

The streets were nearly deserted during my early-morning walk about the old district of Zürich.  Churches, normally busy on a beautiful Easter morning like this one, were all closed due to coronavirus.  At one point I stepped into a tiny courtyard on the backside of St. Peter Church and encountered this rather unusual statue of a local notable.

Ulrich Zwingli founded the Reformation in Switzerland in Zürich; it and many other Swiss cantons rejected Catholicism and “reformed” their churches into Protestant churches.  The year was 1519, exactly 500 years ago.  Zürich celebrated the 500th anniversary of the Reformation throughout 2019 [website], including (it appears) the commission, display, and later auction of a set of statues of Zwingli.  In this one, according to the sign, Zwingli is puzzled by climate change and bemoans the amount of waste.  He is holding, by a chain, a ball of waste plastics and electronics.

St. Peter itself has a very interesting history. Among other things, St. Peter has the largest tower clock face in Europe. [Wikipedia] 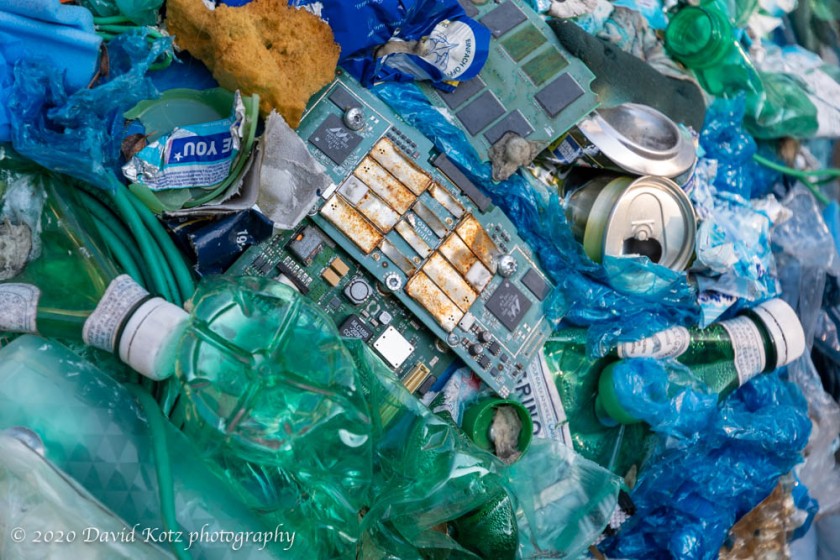